Museum is Currently Closed to the Public

We Look Forward to Seeing Everyone in the Future

The Baltimore City Fire Museum is located at 414 Old Town Mall at the intersection of Gay, Orleans and Ensor Streets. It has been operated by the Box 414 Association since their taking possession of the building in 1979. The museum is located in the former quarters of Baltimore City Engine 6. The building, itself, is of historic significance. It was constructed by the Independent Hose Company in 1853 and, in 1859, was incorporated into the ‘new’ paid fire department of Baltimore City. The main feature of the fire house is its 103 foot Italianate-Gothic style tower which was copied after Giotto’s Campanile located at the Florence Cathedral in Florence Italy. Another, maybe, little known fact is that until Engine 6’s relocation to the new Old Town Fire Station in 1976, this was the oldest fire house in the nation to still operating as an active fire house.

The museum houses several pieces of apparatus both horse drawn and motorized. It chronicles the events of the Great Baltimore Fire of February 7-8, 1904, through written articles and many relics. There is also memorabilia of other occurrences of fire and recollections of past firefighters. A large collection of helmets and front pieces are on display and many photos of fires and apparatus adorn the walls. The 2nd floor houses a small train garden that is on display year round. 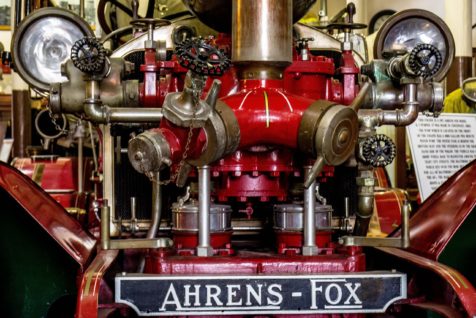 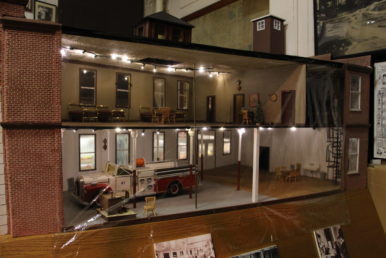