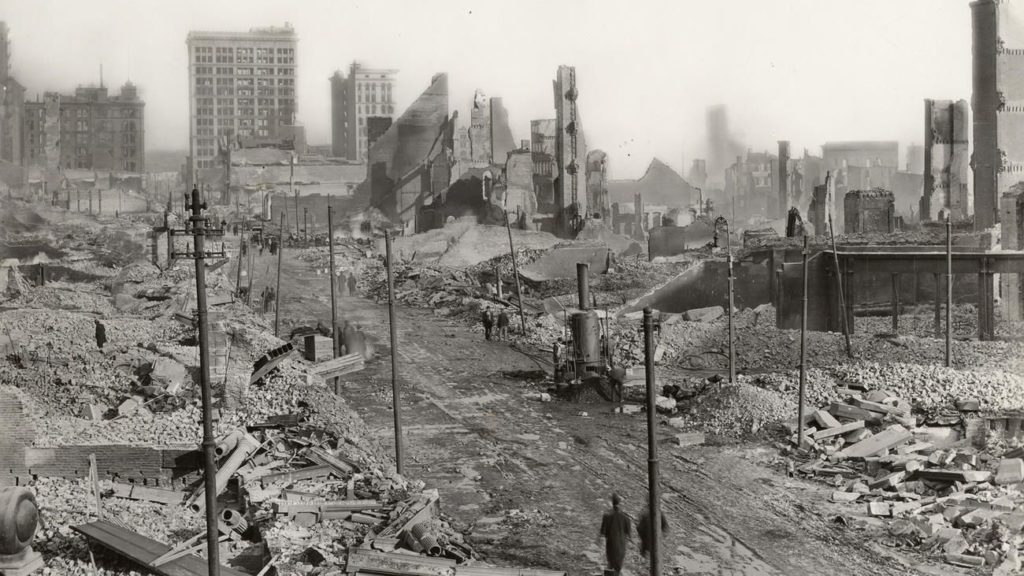 On Sunday, February 7, 1904, at 10:48 AM, automatic alarm #854 was received from the John E. Hurst Co. located on German St. (now Redwood St.) between Hopkins Place and Liberty Street. A response of one Engine, one Truck, a District Chief and a Salvage Corps Wagon were assigned.

The indicator on the outside wall signaled that the fire was located in the basement. Smoke was observed coming from the windows of the upper floors of the six story, iron front, brick building.

Upon entering the basement members were hit with an explosion, but, somehow, managed to safely exit the building. The District Engineer, immediately, went to Box 414 and tapped out the “four 2’s, the telegraph signal for a 3rd alarm. A second explosion occurred and this one was so violent that it blew the roof off the building.

The winds that morning were from the southwest and, thus, blew the fire and embers to the south and east. Subsequent alarms were sounded which, eventually, brought all the fire equipment in the city to the scene.

When the fire had consumed 2 entire city blocks the Chief Engineer made the decision to request assistance from nearby east coast cities. Equipment was sent from Washington D..C., Philadelphia, New York, Atlantic City and several other cities.

As the wind changed direction the fire continued to burn engulfing buildings in the financial district all the way to the harbor. By Monday morning the contingency of firemen from New York City, manning 10 pieces of equipment, set up along the Jones Falls and were able to assist with stopping the fire.

By the time the fire was controlled a total of over 1500 buildings were destroyed and over 1000 were damaged. The fire consumed a total of 81 city blocks.